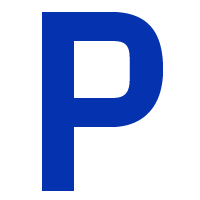 The Light Phone is many things. It’s a second phone, designed to complement, rather than replace, your smartphone. It’s the size of a credit card, a nondescript slab of plastic with no discernible face, until its turned on. And it’s the only mobile phone in recent memory explicitly designed not to be used. – The Light Phone

A Brooklyn-based startup called Light is offering a call- and text-only phone for people who are exhausted from being glued to their smartphones all day. The Light Phone 2, the second generation of the company’s “dumb phone” offering, allows you to make calls, send texts and set alarms. But, for $400, you do get more than just a phone. According to the company founders, it’s “a way to experience life.” – The Light Phone

We were here too. Best Multiplayer and Co-Op Games of February 2018If you’ve been itching to play A Way Out in March, then We Were Here Too will be a great title to keep you entertained while you wait these last few weeks. – Total Mayhem Games

We Were Here Too is a first-person co-op adventure game in which two players have to work together to escape an abandoned castle filled with puzzles and traps. The catch is that the players are separated: Neither can see what the other sees, so the only way to coordinate their actions—which is the only way out—is to talk their way through it. – Total Mayhem Games

In We Were Here Too, you’re trapped in a frozen medieval fortress with only your wits, a walkie-talkie, and one other player on the same wavelength who is caught up in the same mess. Stranded deep in the Antarctic wastes, there is no help coming for the two of you. All you can do is talk to each other and explore your separate sections of the castle. Communication is everything in this suspenseful thriller story. – Total Mayhem Games